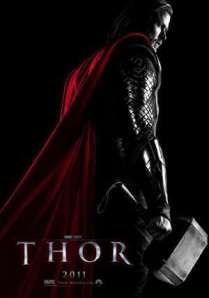 For those of you that don’t know, Thor is the latest offering of Marvel magic from the superhero powerhouse behind films such as Spiderman, X-Men and Iron Man, this time directed by our very own Kenneth Brannagh.

Thor is the tale of a young warrior, he is the God of Thunder and as his title would suggest, he is incredibly powerful, however he is wild and untamed, much like the weather he has the power to wield.

So what happens? In the realm of Asgard where Thor and his fellow Gods live, there is an attack, which sees would-be-King Thor, jeopardising the safety of his people.

His wise and weary father Odin played superbly by Anthony Hopkins who is the current occupier of the throne doesn’t take kindly to this. The All Father decides to teach his son a lesson he won’t soon forget; one he hopes will see him grow from a boy into a man.

Chris Hemsworth plays the titular lead, the Australian actor trained incredibly hard for the role, claiming sleep was a big help in putting on the weight necessary to pull off the look of the fiery, golden haired, battle lover. 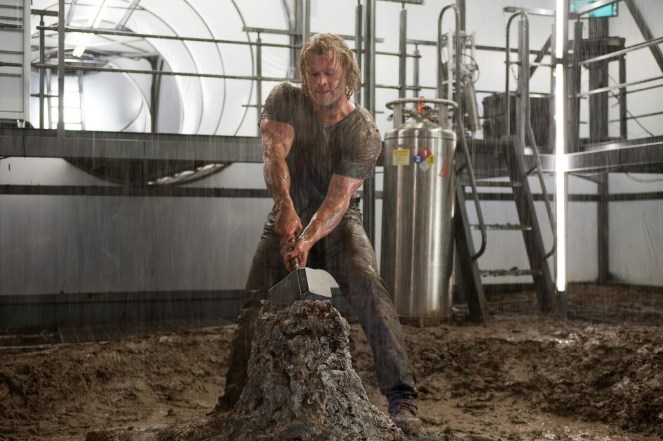 In his first major lead role, he brings a performance of sincerity, comedy, fury, likeability and more fury, but what’s more he makes it believable – as believable as a Viking God coming to Earth can be anyway.

The film itself kept me hooked and some may some I’m biased as a comic book lover but personally I think that will only make me more choosy, Thor isn’t a comic I’m incredibly knowledgeable about and it certainly kept me wanting more for the duration.

The fight scenes are outstanding, especially the one that takes place on our heroes visit the ice planet Jotunheim. This isn’t just a mindless action though; there is comedy, character development and even romance.

Oh and a word to those of you who may not be in the loop… Come closer… Yeah that’s it… Make sure you fast forward to the end of the credits for a bonus scene! (Once the film has finished of course, not instead of)

Thor is available now on Blu-ray and DVD.

Honesty-drenched content about films, music, events and more – things I write about. Wanna talk? Get in touch!
View all posts by zentertainmentweekly »