Brant.  A man on the edge.  A man without fear. He’s dangerous. He’s a born brawler.

Oh and I forgot he just so happens to be a Detective in South London, so for lowlifes and lawbreakers this is one gent you do not want to upset.

The story sees our man Brant (Statham) hot on the heels of a local lunatic who has begun murdering Police Officers in cold blood. 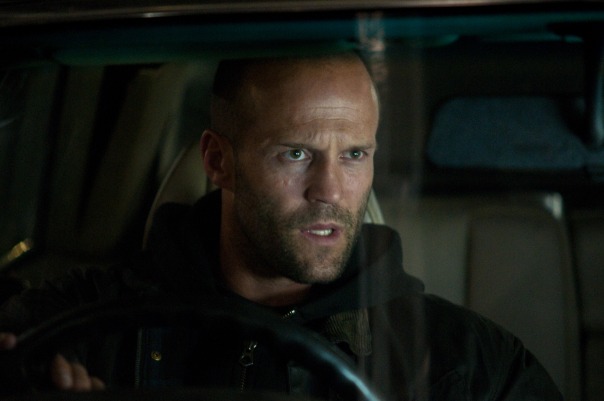 The opening scene establishes just what we’re in for. It sees our man in his flat sipping on a glass of whisky just before he spots a trio of thugs trying to break into his car – bad idea. As you can imagine Brant shows the audience just exactly what he is capable of. (And that’s just with a curling stick)

Blitz without question cements Statham’s status as a leading action hero and with a gritty, urban London backdrop he’s the perfect man for the job. Statham’s charisma shines through and makes Brant truly likeable, despite his lack of tact and gruff persona.

Freshly transferred, DC Nash (Considine) is quite the opposite of Brant, he’s a homosexual officer who has been the subject of much abuse at the hands of his colleagues but that’s only made Nash the man he is today and he doesn’t suffer fools. Together these two are a force to be reckoned with as they put their heads together to end the bloody rampage.

Director Elliott Lester does a terrific job capturing another character in this film that deserves applause, London. It is caught magnificently, with great establishing shots of the River Thames and London Eye to the not so glamorous views of estates and streets of the South. The city has never looked livelier or quite so deadly, but with Brant doing the rounds it may have always looked that way.

There’s drama, suspense, action, a great modern soundtrack to add to the realism and gravity of the story in the capital as well as a heart thumping chase scene, everything a film like this needs.

I for one hope Lionsgate stay true to their word and keep getting involved with more UK projects like this; it’s something we could definitely use more of.

One more thing, do I look like I carry a pencil?

Blooming Bill-iant! Blitz is available to buy on Blu-ray and DVD now. Check out the trailer below.