Xbox-obsessed Ben (Hart) is a layabout and underdog, so it’s surprising then that he lives with long-term girlfriend Angela (Sumpter), who is madly in love with him despite his obvious faults. 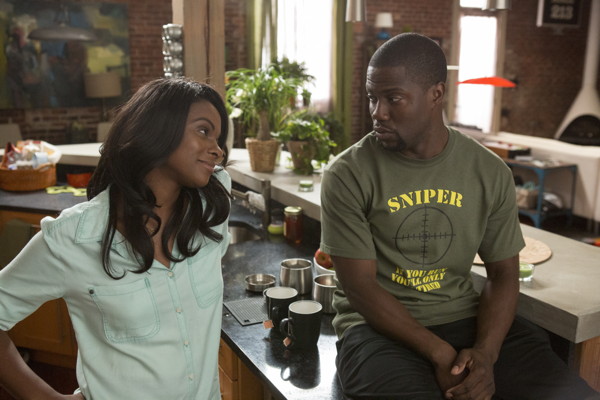 However, her big brother James (Cube), who just so happens to be a cop, isn’t quite as fond of Ben.

Looking to turn over a new leaf and win his would-be brother-in-law’s approval, security guard Ben accompanies James on a ride along to get a feel for what his dream job as an officer of the law has to offer.

Well, abuse from children, abuse from bikers and abuse from deranged shoppers, as James purposely requests all of the tedious calls in hope it will scare the thorn in his side away. 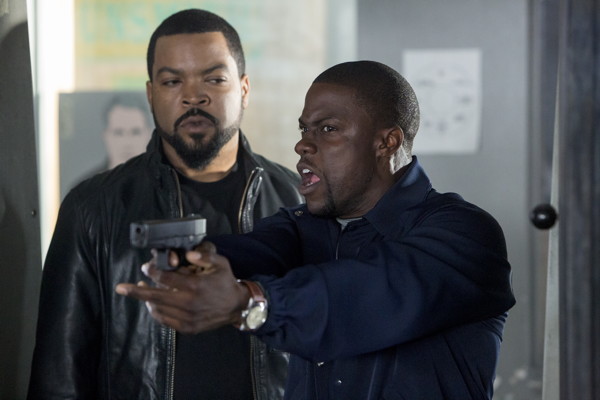 As chance would have it though, the stubborn elder sibling soon finds out he can’t always count on himself to get the job done, bringing the odd couple to forge an awkward alliance.

Admittedly, Ice Cube does cold well (pun intended) but the dead-eyed stares and pigheaded attitude from James did wear a bit thin, while Ben’s idiocy also began to grate after a while.

Though there were some laugh out loud moments, they weren’t enough to make the film feel like something that hasn’t already been done before – Rush Hour it ain’t.

Ride Along is in cinemas on 28th February.